Let’s play nice and call Spectral an homage to a heap of sci-fi films and not a mash-up of clichés from all that has come before. A mash-up, yes, but certainly a nice-looking one at that. 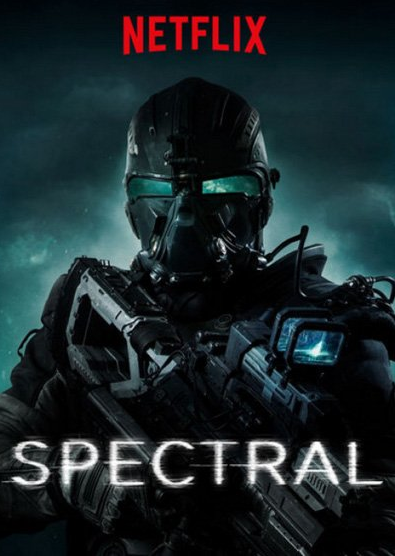 James Badge Dale, proving he had leading-man chops, as evident from HBO’s The Pacific, stars in first-time director Nic Mathieu’s sci-fi muscle film that provides more hardcore military meat than a Michael Bay Transformers film. Dale plays a scientist invested in designing protective tech for the US Army of the very-near future when he is assigned to accompany a Delta Force unit on the field in Moldova who have encountered, well, ghosts. Ghosts that can fly through walls and humans, the latter of which immediately perishes upon contact.

Mathieu’s constantly-moving camerawork and in-your-face visuals are slick and surprisingly high-quality, thanks to the use of Weta for the F/X work. The story, however, is nothing more than an outline for the big-bang shoot ‘em-ups and creepy apparitions. The Delta Force team members are mostly faceless fodder smacking of, but lacking the charisma of, the marines from Aliens; they even rescue a blonde girl who has been scavenging and hiding out safe from the ghosts in the inner workings of an old factory. Later, when Delta has the chance to regroup and restock, they are luckily holed up with enough provisions and workable gear that would make B.A. Baracus smile with glee, welding torch in hand.

The overall premise of Spectral makes for fun viewing. The film’s a fast-paced video game where the viewer doesn’t mind playing the third person role. And while the story briefly describes the how of the ghosts, the why is untouched resulting in an unfulfilled feeling as the convenient fail safe stopping the threat is thrown allowing the credits roll. The quick wrap-up makes you think that if there were a couple more available quarters to feed into the slot, the story could continue with a more satisfying ending.